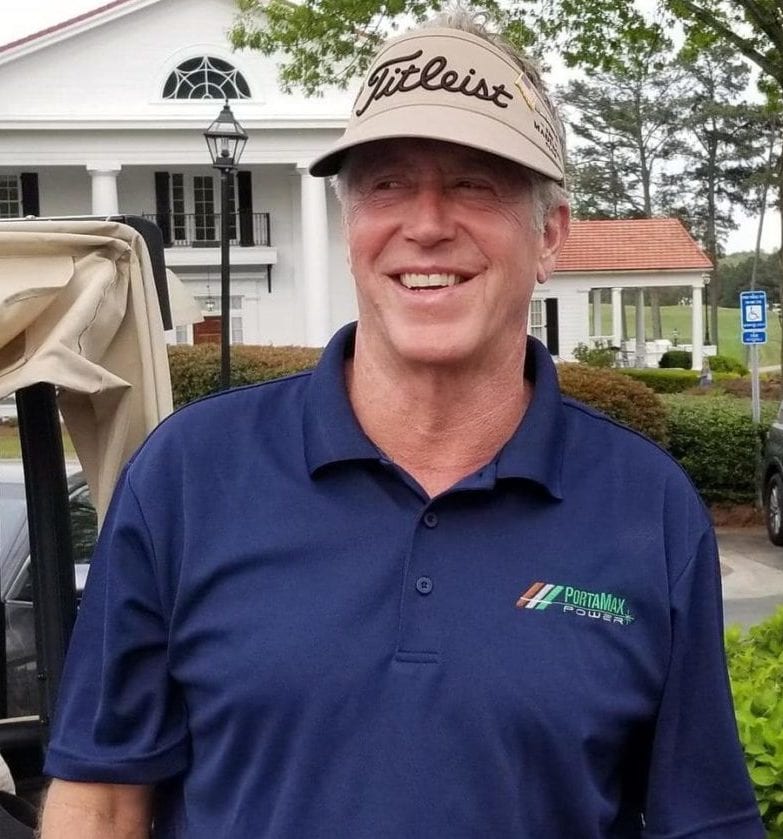 We also congratulate Michael and John Daly as they recently partnered to finish in the top five during the Bass Pro Shops Legends of Golf team event in Ridgedale, Mo., April 19-22.

Always one of the most popular and accessible players on tour, Michael Allen boasts one major title (2009 Senior PGA Championship) among his eight victories during a nine-year Champions Tour career.

Michael competed for 20-years on the regular PGA tour before joining the PGA Champions tour in 2009. He credits his career longevity to a firm commitment to fitness which he says has been instrumental in maintaining his own sustainable energy level.

PortaMaxPower is proud to have Michael on our team.

The PortaMaxPower Solar Sentinel is the only sustainable energy solution in portable solar generators.

It’s safe – no hazardous fumes – and silent, so it can be operated safely inside, including condominiums and apartments.

And it’s easy to operate – just the simple push of a button.

It’s rugged too.  The Solar Sentinel’s electronics are assembled on an aircraft-grade aluminum chassis, permanently shock-mounted inside a watertight Pelican Storm case.

One of a Kind

We wish our friend Michael Allen the best of luck during the Insperity Invitational at the Woodlands in Houston, Tx., May 4-6, and for his continued success going forward.

Follow Michael and many other PGA legends on the PGA Champions Tour throughout the 2018 season.